MCY 105 Skylounge: The one and the only

MCY 105 Skylounge is the one and the only that fears no rivals. She is about to take the stage, which will belong to her and to the eyes that look upon her. She is the chosen one, albeit a noble descendant of the dynasty of the first Skylounge model, officially presented to 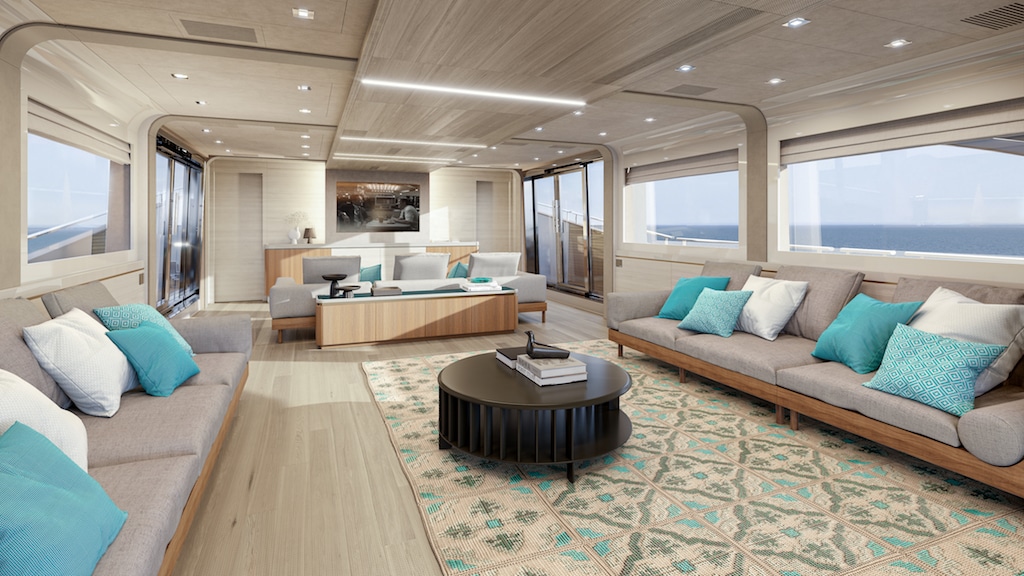 the public last year by her poet creator who bears the name Monte Carlo Yachts. 32 metres in length open up a whole new dimension of luxury and, above all, one that can be customized to the extreme. One of the watchwords of this flagship, which boasts a highly respected nautical genetic code, is “a new way of experiencing life on board“.


The MCY 105 Skylounge features “extraordinary volumes” and, here, you really do get out of the ordinary when looking at the over 43 square meters of the enclosed flybridge where the helm station welcomes the owner. The living area looks like a huge bubble of 360-degree view, with the ceiling opening up to the sky in three large, totally transparent perimeters. 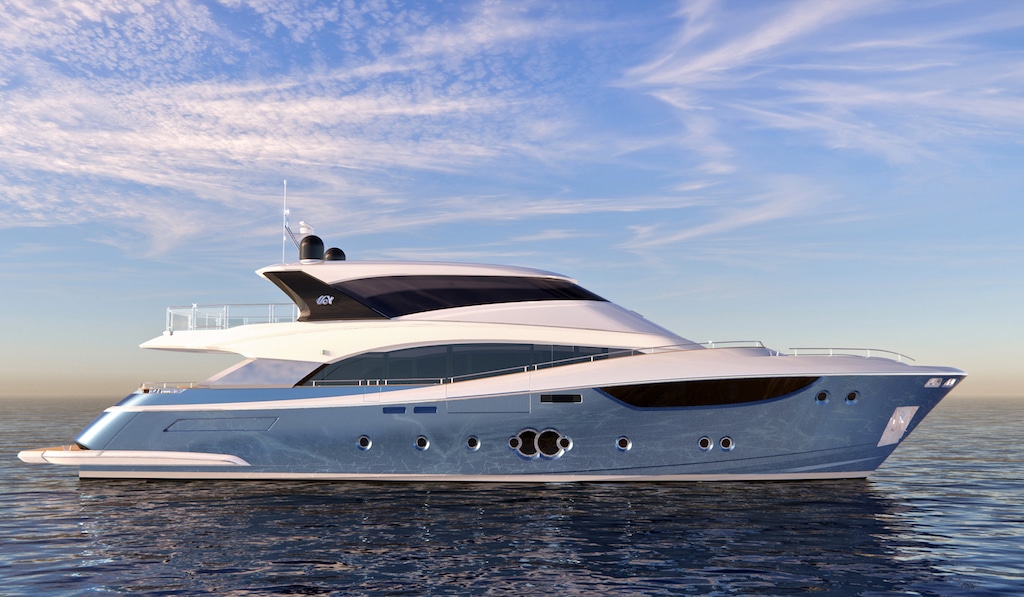 In this case, as far as ownership is concerned, the keys of the MCY 105 Skylounge will go to the East. Soon, however, this superyacht, which is the most impressive in the range, will sail the waters of the Mediterranean and no one will be able to say they haven’t seen the temperate blue of her gleaming hull reflect the texture of the water as if by mimesis. 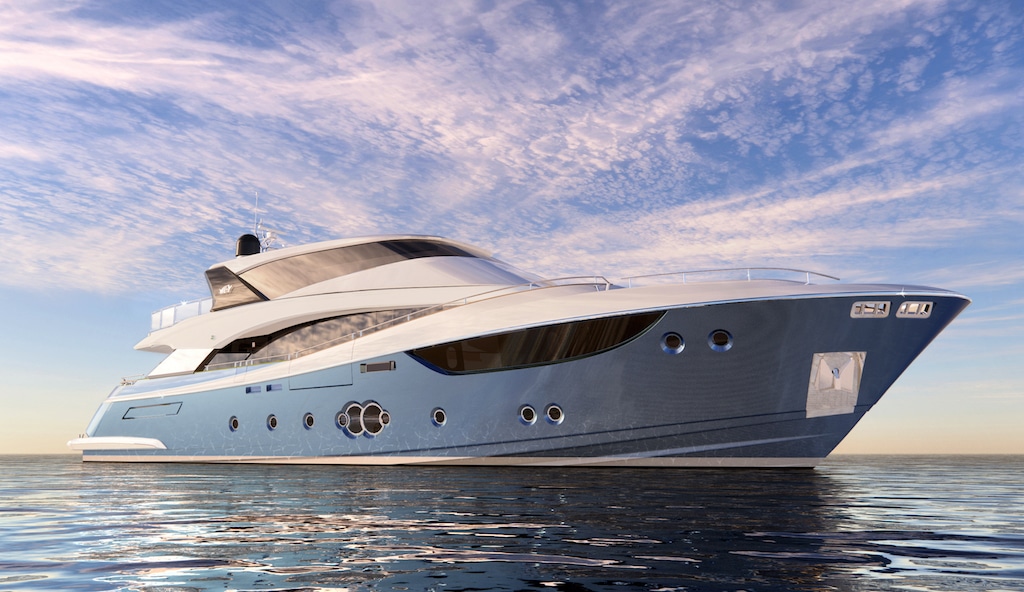 The liquid element is clearly visibile through the portholes and windows of the master cabin. Here, a dormeuse conjures up ideas of romantic exoticism that meet the modernity of the details. This is the start of a journey into the future that finds its outlet outside, enveloping the superstructure and the sharp lines of the hull that slopes into a spacious aft cockpit “for moments of leisure and relaxation with family and friends“

The aft terrace offers the entire sea, with “fascinating views in total comfort” for the owner. On the opposite side of the world looking forward, there is discreet shelter in the much sought-after privacy and elegance returns with a “versatile forward lounge area“, equipped with sundeck and dining table.

The signature behind this sophisticated algorithm of beauty is that of the Carlo Nuvolari and Dan Lenard design studio. “Historic partners of Monte Carlo Yachts“, the two designers enjoy a very high reputation in the megayacht sector a 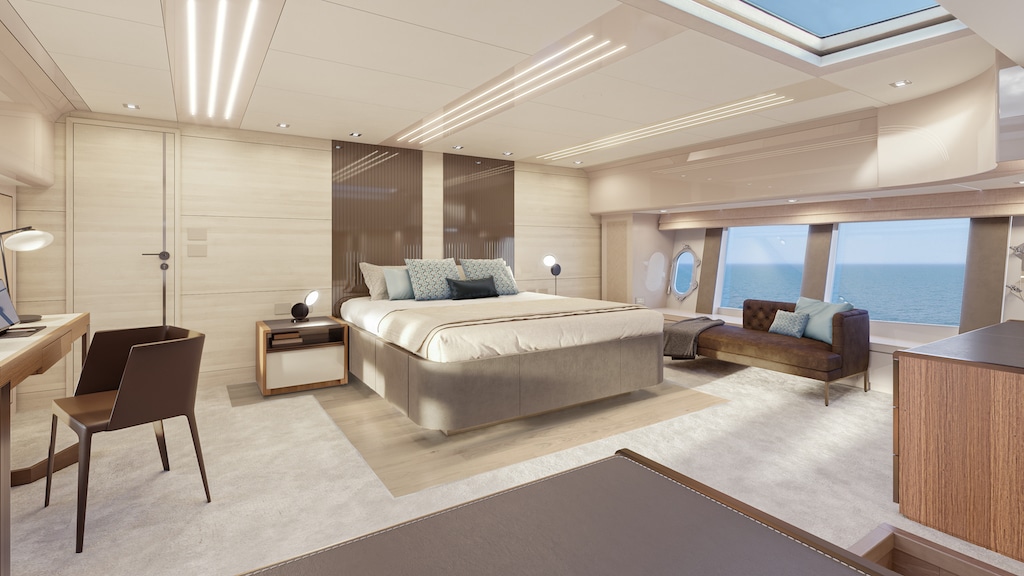 nd tell us about the enclosed flybridge as follows: “The additional volume provided by the enclosed flybridge space offers owners unparalleled levels of freedom, allowing them to customize the yacht according to their personal way of experiencing the sea. It’s amazing to think that the entire main deck area, or that of the enclosed flybridge, can be put to uses never imagined before, unleashing creativity and fulfilling the owners’ desires in terms of the use of space”.

Looks can be deceiving

Unique and special: MCY 105 Skylounge is what is known as a “fake thin”, a secret phisicality that does not respect ostentatious proportions: ” to define this boat in a conventional way, taking into account the overall length, is reductive” 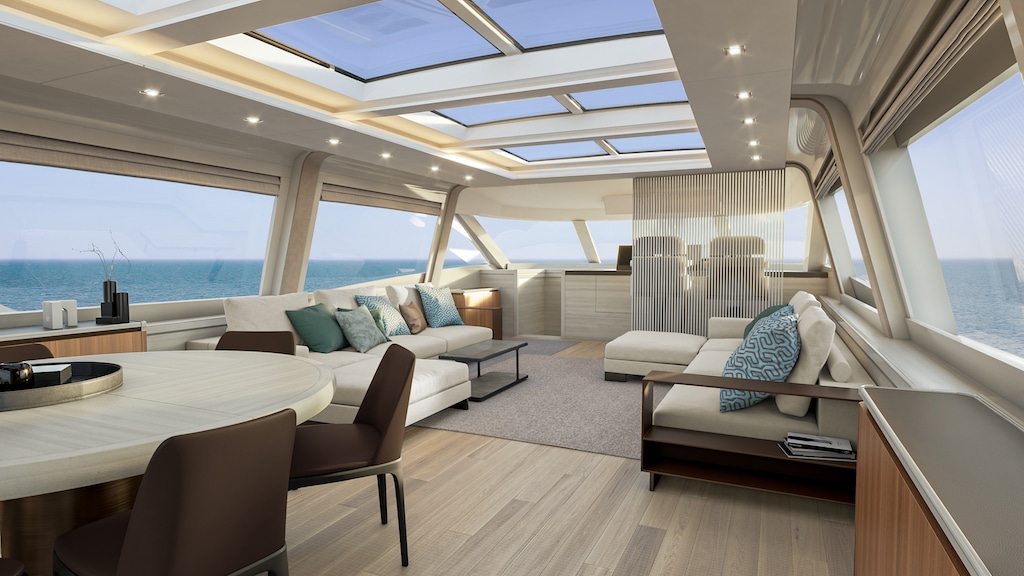 because ” what will surprise are the extraordinary volumes, comparable to those of much alrger units”. Absolute comfort in terms of space and “unprecedented levels of freedom” combine with the Made in Italy quality which, in order to offer owners even more, has benefited from “a continuous exchange of knowledge, opinions and experience between the shipyard and markets all over the world”. MCY Sales and Marketing Manager Sergio Loiacono adds: “It is also thanks to the privileged relationship we have developed with our customers that we have the opportunity to work on exciting projects like these, pushing the bar even higher”.