Flexplorer 146: another unit has been sold

Cantiere delle Marche announce another sale of a Flexplorer 146

With exterior lines by Sergio Cutolo / Hydro Tec, the Flexplorer 146 has been optimized to deliver the largest volume while still remaining under the 500GT threshold. The yacht features a low-resistance underbody with bulbous bow that adds comfort in rough seas and efficiency during long passages. Elegant and understated interiors imagined by Nauta Design match to the austere exterior lines which are the Flexplorer line’s trademark.

At 44.33m, with a waterline length of 41,59, the yacht makes the most out the available interior volumes. Ten guests are accommodated in five cabins, with four suites on the Lower deck and the Owner stateroom in its customary place on the Main deck forward. The Owner suite includes also an office, a dressing room and a large bathroom. Comfortable social areas are on both the Upper and Main deck where an extremely large galley is located to port side next to the dining area. The main salon features an asymmetric layout. The asymmetry consists in a full beam configuration to starboard which adds square metres to the salon and offers open views onto the sea while leaving a useful passageway to port side.

The Flexplorer line is characterized by the highest level of flexibility in term of layout, amenities, equipment, and the new Flexplorer 146 distinguishes herself for her unique layout and, among other peculiarities, the lack of the A-frame crane featured on the two previous yachts of the same series. The Flexplorer 146 features three decks plus a Sun deck and offers a grand outdoor area on the Main deck aft where a large tender is be stored while under way and that turns into an immense social area with sun beds and all sort of amenities most of the time.

Twin Caterpillar C32 Acert delivering 746kW each and 60,000 litres fuel tanks allow for a range of more than 5,000 nm at 10 knots. Her Swiss Owner who has an unbound passion for big game fishing and owned several sport fisherman will surely enjoy to the fullest the oceangoing experiences his new yacht allows him to live. 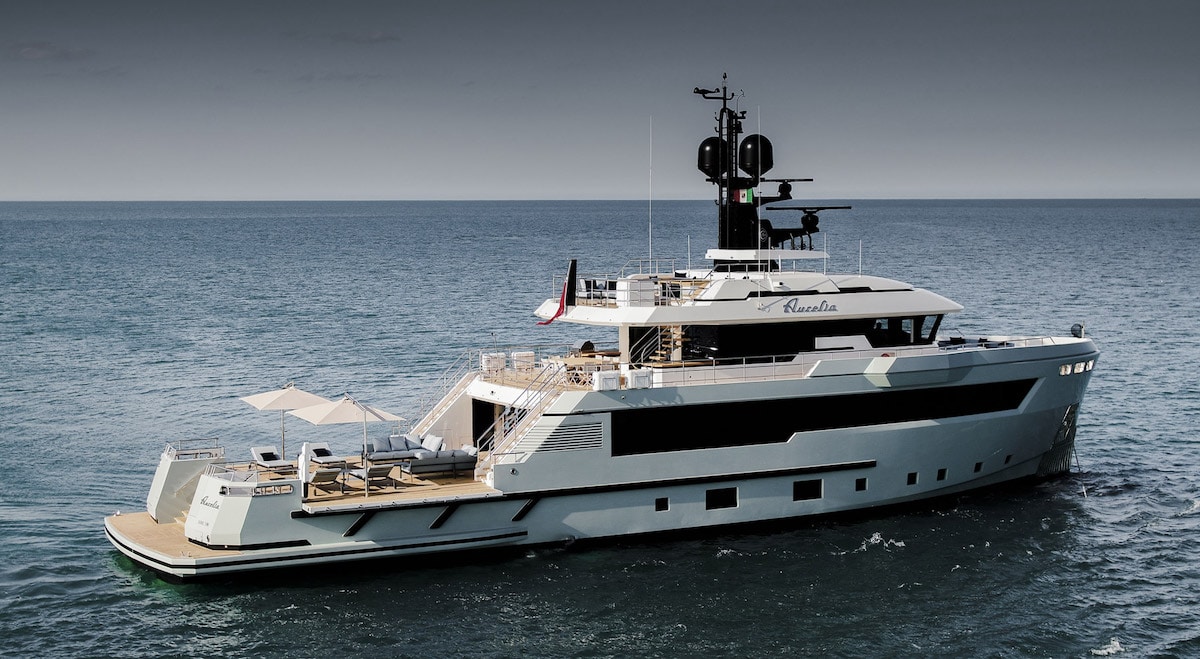 Vasco Buonpensiere, co-founder and Sales & Marketing Director of CdM attributes the company’s sustained run of success to a series of reasons:

• building a yacht is a challenging construction process to be undertaken therefore CdM’s undisputed world leadership in the explorer vessels segment is our best calling card;
• since its foundation, Cantiere delle Marche has pursued a consistent mission: to build explorer yachts with exceptional standards that exceed the Owner’s expectations;
• we master explorer yachts building as for technical and stylistic aspects;
• last but not least, over the years we proved that we deliver quality and that we are reliable and flexible.

The Flexplorer line is having an extraordinary success and has been very much welcomed for its many qualities that really set new standards. We will deliver shortly information on other yachts that have been sold which bring our current portfolio to above 200 million euros, – says Vasco Buonpensiere. – The Flexplorer line meets the tastes and trust of a class of extremely competent and passionate Owners who want to sail the oceans in total safety enjoying long passages to remote areas of the globe. It is a pleasure for us to turn their projects and plans into reality. Meeting the Client who decided to purchase this Flexplorer 146 was an honor and a joy because we know that we share the same vision about yachting news. Building his yacht will be a great experience for all of us at CdM. He is a real yachtsman and he is a trendsetter in the highly profiled and exclusive community he belongs to.

As it happened with the Flexplorer 130 Aurelia, I will follow personally this project: there has been an immediate positive vibe between myself and this fantastic yacht owner, and all the choices he has made during the pre-contractual development of the project have been shared completely without the need to modify or implement and hardly anything has been changed but a few minor details – says Ennio Cecchini, CEO of CdM. – This Flexplorer will be a testament to the intrinsic values of this range: simplicity, functionality, no-nonsense engineering and subtle and timeless elegance.