A year of changes is coming to an end.

A year that has led us into the future.

A year is coming to an end.

Yes, it’s true, it has been a terrible year but, given that we can do very little compared to the past, let’s try to analyze the last 12 months under a different, objective light.

What is ending is a year that has been worth 10 in terms of development and consciousness. 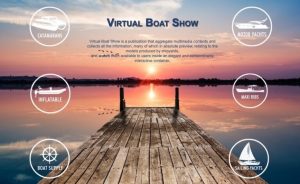 A year has has forced even the most reluctant to move from immobility, from position rents and that, obtorto collo, has also prompted both companies and people to realize that it is in change that wealth can exist and that it is in immobility that, vice versa, their future is mortgaged.

A year that has helped even the most skeptical to take this last step towards a digital culture that, in the meantime, had already overwhelmed them, left them behind and made inadequate.

A digital culture that, unparalleled synonymous with freedom of expression, also brings with it a self-rugulating regime of free competition that has introduced many advantages, both to consumers, which can control and buy consciously, and to companies, which will no longer suffer from a unfair competition where investors and improvisers are on the same level.

Of course, in other sectors where it has not been necessary to face a pandemic to realize that advertising investments  in old media – those that most still insist in calling “traditional” (paper and tv) – are of little or no use in this overwhelming global market, where product lyfe cycles are counted in months and no longer in decades.

Today, traditional media are the digital ones. The others simply no longer exist and survive in a negative spiral that will slowly lead them to a late conversion and to a difficult and expensive run-up. 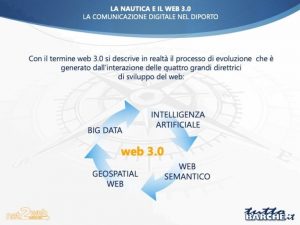 It was 2015 when, from the Genoa Boat Show, a slide was presented that described WEB 3.0 as the sum of the four great lines of network development: big data, artificial intelligence, semantic web and their geo-spatial applications. A new world, full of opportunities.

Perhaps it is now easier to understand why The International Yachting Media, despite having long been the most popular yachting magazine in the world, never stops investing and, every year, launches new and innovative digital products on the market.

It does this because there is simply no alternative. 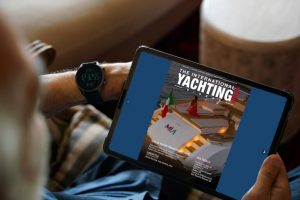 Progress is very fast today. Predicting and anticipating development is essential and, a year like the one that is ending, proves it beyond any reasonable doubt.

This is why my best wishes for a 2021 of return to normality and wealth can only originate from what, in addition to being a personal mantra, is a quote that, today as never before, can be fully understood.

It was 2005 and this is what Steve Jobs recommended to the graduates of Stanford University, the world temple of innovation:

“Your time is limited, so don’t waste it living someone else’s life. Don’t let the noise of others’ opinions drown out your own inner voice. And most important, have the courage to follow your heart and intuition… Stay hungry. Stay foolish.”

Because a year like the one that is coming to an end has transformed everything. Trying to resist change is like trying to stop the waves of the sea with your hands.