Giannutri is the smallest and southernmost island in the Tuscan archipelago and is protected by the National Park under strict rules, which, however, do not completely prevent navigation. Giannutri is six nautical miles from Argentario and eight miles from the island of Giglio, and is also connected to the mainland by a ferry service. Thanks to its unspoilt nature, the interior of the island has remained almost untouched, but there is no lack of a small tourist village with at least wi-fi and a few delightful cottages. There is only one bar in the village square of Cala Spalmatoio, where there is also a mini-market; if you ask the staff of the motorboats, however, you can get a shopping service with delivery from Porto Santo Stefano. As for culture, which, like everywhere else in Italy, is never lacking, in classical times Giannutri was well regarded by Diana, the goddess of hunting, who greatly appreciated the island’s half-moon shape. Not to be missed is the Villa Romana archaeological site, which was the 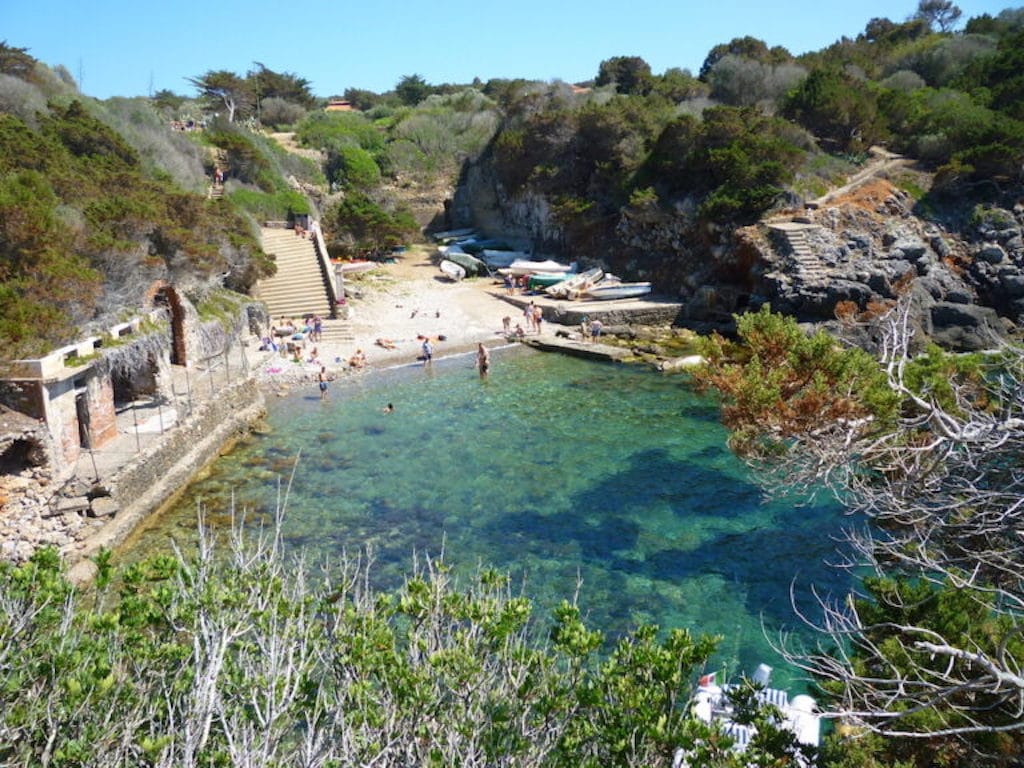 home of a noble family dating back to Nero. It can be visited if accompanied by an authorised guide (ticket €8, reduced €4; information tel. 0565.908231). The geology of Giannutri, also known as the island of the seagulls, is instead all limestone for a total perimeter of about eleven kilometres. An ideal idea for a cruise is the following: Giannutri-Isola del Giglio, where it is nice to stay at anchor in the bay of Allume when the winds are blowing from the NW or NE, but you can also sail into the bay of Cannelle because it offers a really suggestive scenery. Continuing the cruise in this recommended itinerary, from Giglio you can go to Porto Santo Stefano in the Argentario promontory, or return to the island of Elba through a demanding cruise of forty miles.

The wrecks of Giannutri

Historically, sailing ships used to anchor in Giannutri, but not all of them have returned. The seabed also contains modern wrecks, including the Roman honorary ship at Cala Scirocco and another vessel from the classical era at Punta Scaletta. Also worth seeing underwater are the 19th-century steamship Marsala at Punta San Francesco, the motor vessel Anna Bianca at Cala Ischiaiola and the English merchant ship Nasim II at Cala Maestra. The sea on Giannutri is crystal clear and characterized by sea caves, breaking on sheer cliffs and lapping against small, enchanting beaches. The island’s biodiversity is very high and is perfumed by the Mediterranean maquis, and in the sea it is not uncommon to encounter dolphins and fin whales. The onshore paths wind their way mostly around Monte Mario and Poggio Capel Rosso, but be careful because the “autonomous crossing” is forbidden and it is necessary to rely on a Park guide; offenders are punished with fines of up to a thousand euros.

Giannutri and the Marine Park Zones

To protect the island, the National Park has regulated access, dividing it into two zones: Zone 1 and Zone 2. Zone 1 is understood to be within one mile offshore and is strictly inaccessible, meaning that it is illegal to sail, stop, anchor, fish and scuba dive. Zone 2, on the other hand, is only subject to a fishing ban and extends beyond the coast for three miles. For information on this, it is best to contact the Park Authority. Beware of scoundrels because the coast is under video surveillance and the fines are heavy. There is one exception, however, which is identified by the two navigable entrances to the east and west of Giannutri.

Permitted accesses to the coast

There are only two permitted accesses to the coast: Cala Maestra and Golfo Spalmatoi. If you prefer the latter, winds from the east and south-east do not blow here, but all the others do. Cala Spalmatoi (GPS 42°15’15.5″N 11°06’17.4″E) is in itself a 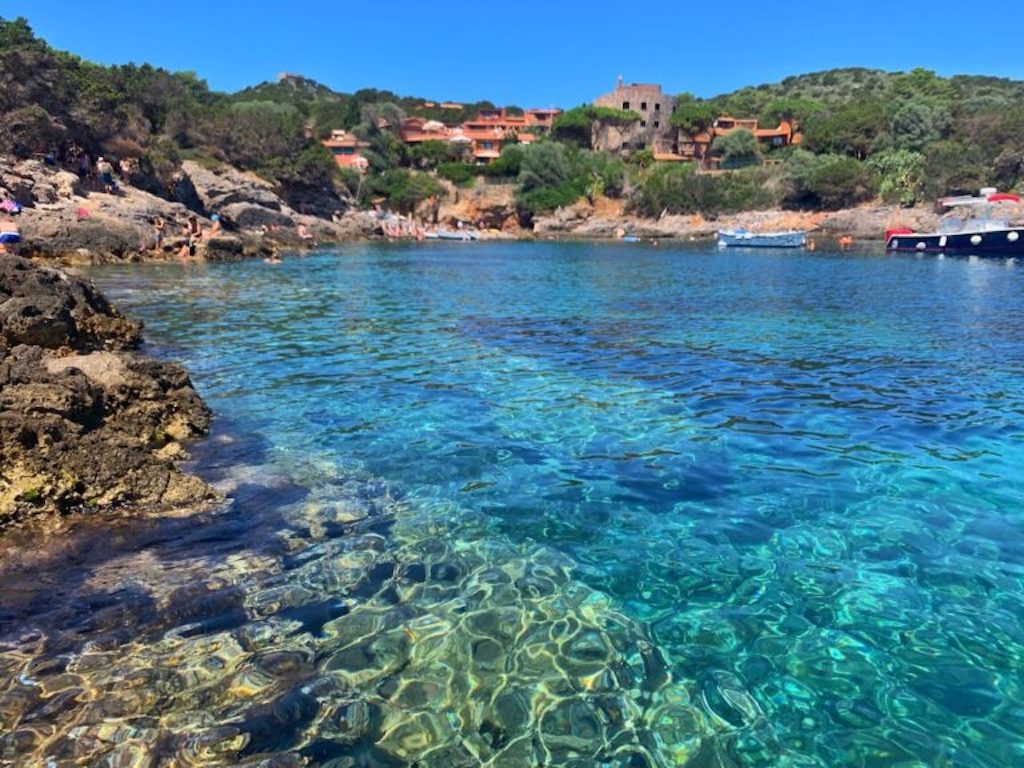 nice place to drop anchor, if it weren’t for the fact that it is all taken up by permanent moorings. If you do find space, remember that it is compulsory to anchor at least one hundred metres away from the red and white buoys indicating the area for bathers. The only pier is reserved exclusively for authorised motorboats. However, it is possible to dock on the concrete quay for fast passenger embarkation and disembarkation. It should be noted that Cala Spalmatoi does not have any services for private boats: no water, fuel or electricity, and there are no toilets. Unfortunately, anchoring in Cala Spalmatoi is essential because the seabed here is really suitable for anchoring, which is not the case in the rest of the island. Cala Maestra – the name says it all – looks roughly north and is often affected by the mistral wind. The seabed is sandy and not conducive to anchoring, but the more experienced can moor temporarily by means of a line ashore. If you are lucky, however, the delightful quay at Cala Maestra may be free, allowing you to moor properly.

Continuing south of Cala Spalmatoi, a large inlet opens up, including Cala Schiavone and Cala Volo di Motte, where the draught increases considerably but the seabed remains unstable and unsuitable for holding an anchor. The advice, therefore, is to be careful and stay at anchor only if the weather is stable and even better if there are light winds from the west or north-west.

Anyone wishing to go onshore on the island of Giannutri must pay for a ticket (costing four euros), which is issued by the Tuscan Archipelago National Park. The ticket is always valid for boaters, but must be purchased from the ticket office of the Proloco on the Island of Giglio or from the ticket office at the Port of Santo Stefano in Argentario, in the province of Grosseto.

It should also be borne in mind that the island is practically all privatised and refreshment areas and public reception are only available during the summer period. For any information you may need, especially regarding scuba diving through the buoy field and other details, please contact the Park Authority: (+39) 0565.908231.