The renderings of the brand-new ICE 70rs have finally been unveiled, a racing version and heir to the surprising ICE 70 which, as the four units already sold testify, was a great success at the Cannes Yachting Festival 2021. Modern design, marked by an absolutely distinctive trait, such as the upturned bow (scimitar-shaped) and the stern characteristic of the Volvo Open 70 style to which, with this new model, is added a carbon bowsprit almost two metres long. All the ingredients are there for those who want to sail really fast and maybe even try their hand at the buoys on the race course. The ICE 70 is, moreover, the natural evolution of the ICE 52, the shipyard’s best-seller, a boat that can boast no less than 18 units on the water. The brand-new project was born near Crema, in the Salvirola-based Ice Yachts headquarters where Umberto Felci, together with the boatyard’s technical staff, developed the study of a fast cruiser with intriguing features. The boat, which has already been under construction for several months, will be launched at the end of May. 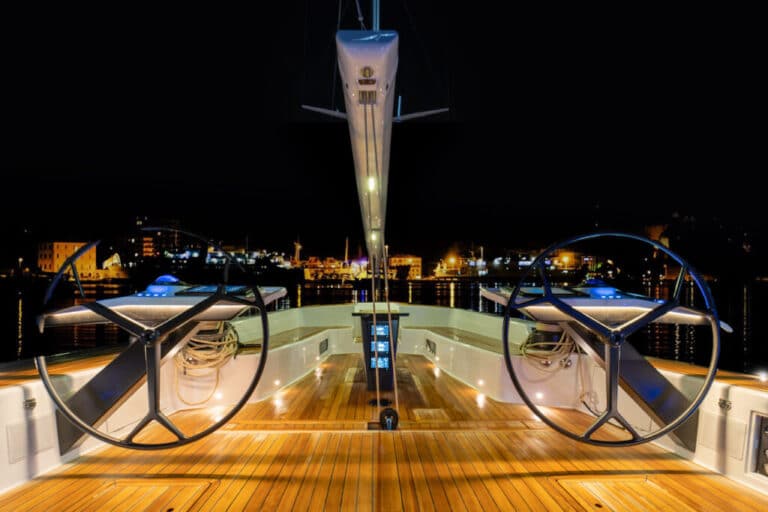 It will be owned by a “demanding owner” who, in perfect ICE Yachts style, has heavily customized his sailboat to reflect his needs, taking advantage of the impeccable quality to which the boatyard has accustomed us.

In this performance version, the ICE 70rs will be faster than its predecessor which, moreover, already offered decidedly interesting performance. It is the natural evolution of the ICE 52, one of the most acclaimed boats and produced by ICE Yachts in no less than 18 units. The new model, which starts from a standard layout with a glass-carbon hull, full-carbon deck and lightened interiors, attracts a well-defined type of owner, who is looking for an important yacht that can be used either for fast cruising or – as the yard explains – for “successfully juggling even the most demanding races of the Rolex Cup circuit”. 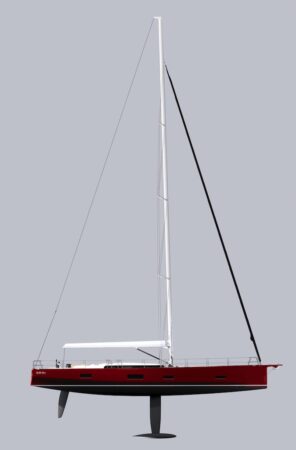 We all know how much owners appreciate a variable draft, an important feature that makes it easier to anchor in the most beautiful bays and to enter and leave ports, but which, above all, is able to offer maximum performance when it comes to upwind at very tight angles. All the more reason why the keel of the new ICE 70rs, like that of its predecessor, is equipped with Cariboni hydraulics and offers a draft that increases from 2.80 to an impressive 4.40 meters. We asked the yard what performance the ICE 70rs is capable of and they proudly replied that “under sail, upwind, in eight knots of wind, the yacht expects to reach a speed of 10.2 knots”.. The owner of the yacht has opted to install a 200hp engine, which (with the right displacement) will allow the ICE 70rs to exceed 11 knots of cruising speed, something that is usually achieved by much longer superyachts. The fin of the ICE 70rs is made of double Weldox steel. The lead torpedo is CNC-milled. The bulb is oversized to reduce overall weight with the same righting moment. These features undoubtedly also reduce rolling at anchor and heeling when sailing. 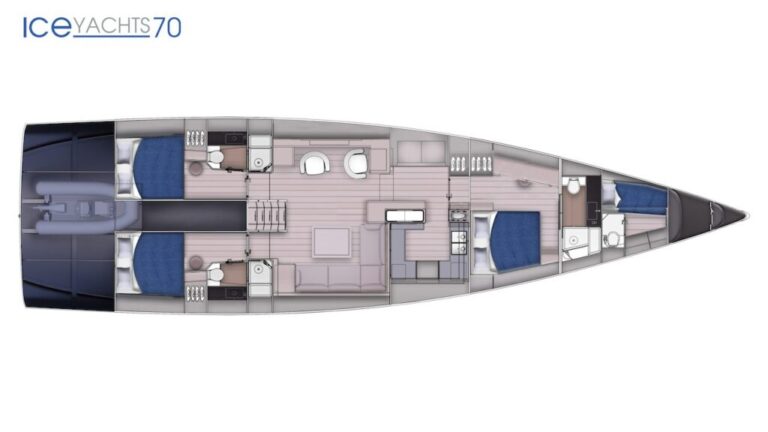 As for further construction details, the ICE 70rs’ shell and deck are infusion laminated from female moulds using carbon fibres, as are the structures that are laminated in place. In addition to the classic gluing, the deck is also ‘bonded’ to the hull, as are all the bulkheads. The result is a one-piece, ultra-rigid structure, a solution that also eliminates all the noise and creaking that owners dislike so much. There are also a couple of special features, such as the structural carbon fibre tanks under the dinette floor and the soundproofed engine room with double seals on the hatches. The rudder, too, is the result of an advanced project: it has an autoclave-forged shaft at 7 bar and 145 degrees and a carbon blade, a solution designed to offer great control and manoeuvrability, even at maximum heeling angles. Noteworthy are also the tender garage, which can accommodate an inflated tender of almost four metres in length, and the cockpit, which is really spacious and furnished with large wing benches. 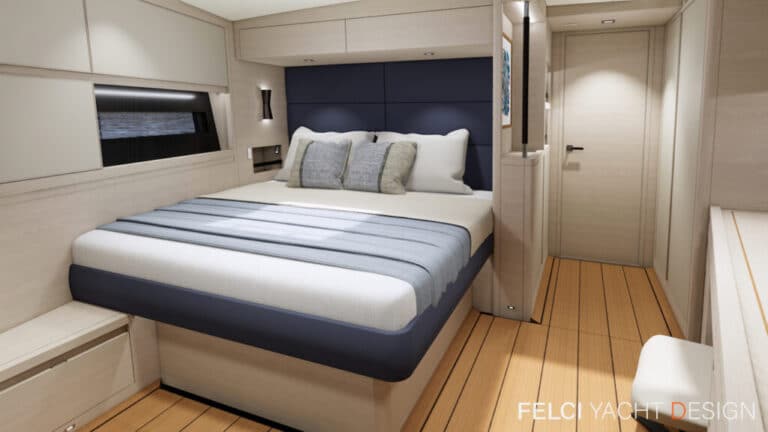 As well as the desire to race, which the owner will undoubtedly see fulfilled, a great deal of thought was given to on-board comfort when designing the ICE 70rs. The interiors of the ICE 70rs are absolutely innovative and modern, capable of pampering the guests, the crew, for whom a special space is reserved, and the owner, who benefits from a master suite. There are four cabins in this version, three heads and a large open galley. The panels, which do not forego high quality cabinetry, have been lightened in order to reduce the weight of the craft and improve overall performance. It is no coincidence that the rig is also in carbon and is fitted as standard with a park avenue boom to reduce (or lower) the sails with extreme ease (and great joy) for the lucky owner who will own the new ICE 70rs. 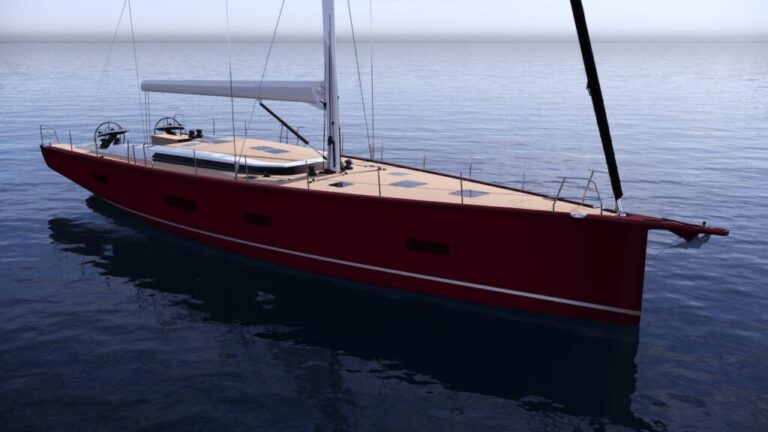