The first unit of the Baglietto DOM133 designed by Stefano Vafiadis has been launched at the Marina di Carrara in Italy. The 41m displacement yacht has be then moved to La Spezia where it will complete outfitting ahead of delivery later this summer. Highlights include an aluminium hull and a shallow draft of 2.15 metres which makes the yacht particularly suitable for trans-oceanic and shallow-water cruising, as well as facilitating the customization required by the owner.

“ It’s a 40m displacement yacht whose concept revolves around the idea of finding on board space and comfort, the same that you would find in a villa – explains designer Stefano Vafiadis – Hence the strong search for continuity with the natural element, the sea, thanks to the large sliding windows that also contribute to amplify the sense of space of the boat, already high thanks to a platform that exceeds 400 GRT”. 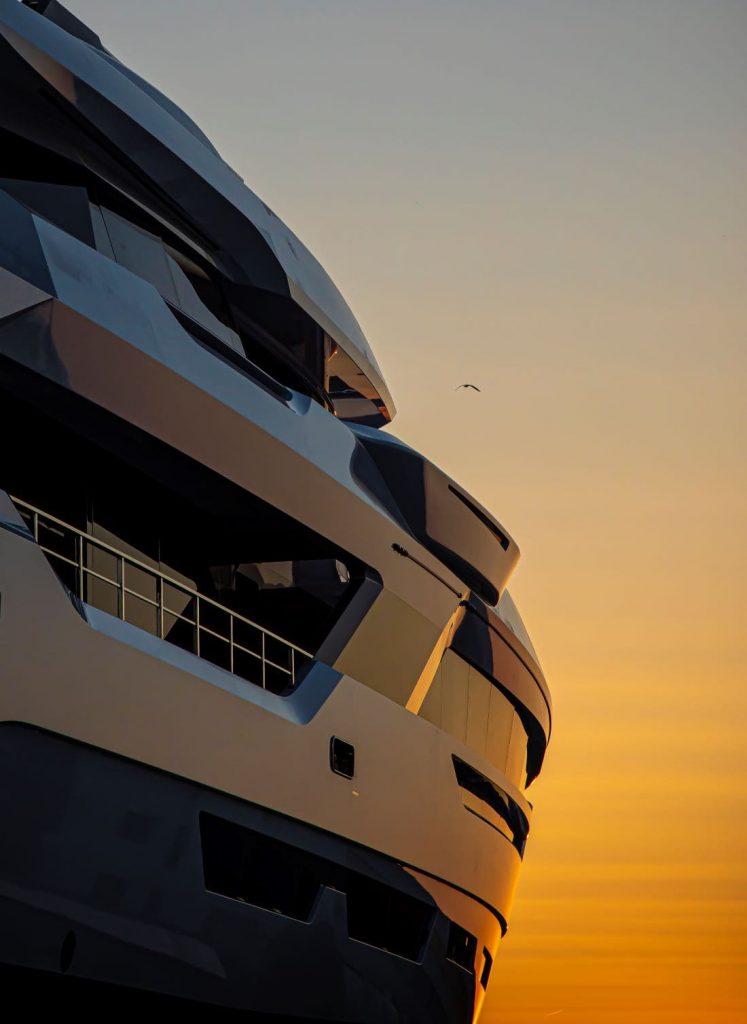 Featuring modern lines and a beam of 8.70 metres, the yacht has a very generous interior volume and boasts an impressive array of layout solutions.

The main deck layout has been developed to ensure optimal flow between the interior and houses the main salon with full-height and openable panoramic windows as a natural extension of the open aft deck.

The layout is completed by a split-level beach club with flush pool that can be raised or lowered, further expanding the cockpit spaces. An additional pool is located on the sun deck.

The DOM133 is powered by twin Caterpillar C32 engines, which deliver a top speed of 17 knots and a cruising speed of 15 knots.

“The moment of the launch is always an event of great emotion for the shipyard and its owner, who sees a dream that has lasted several years finally come true,” says Fabio Ermetto, Baglietto CCO. ” This launch, however, is even more exciting because it is a completely new project that we have so far only imagined.

The DOM133 is, indeed, a project we strongly believed in from the very beginning, and its market success so far proves its value. Looking at this vessel now, in her natural element, makes us all immensely proud. .

The DOM133 series, since its presentation, has been a great success for the Baglietto shipyard, which is already engaged in the construction of 4 more yachts in Carrara for deliveries until 2024. The first unit will be presented as a world premiere at the Cannes Yachting Festival from September 06-11. 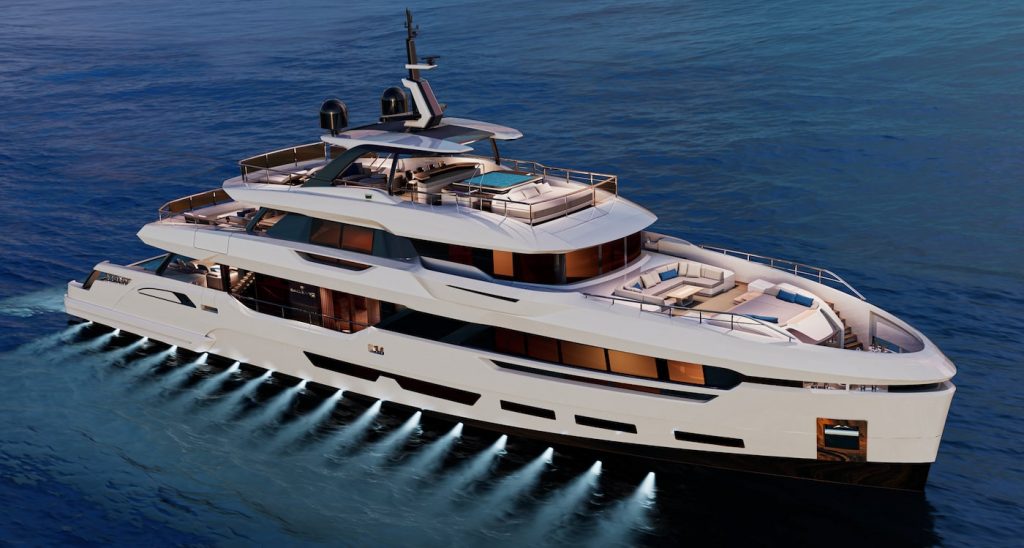