It was obvious and predictable. So much so that we were surprised by the carelessness with which, just a few weeks ago, the trade fair authority confirmed the event would be held. We had expressed our complete disagreement with this decision which, as has just been published in the German newspaper Rheinische Post, is now inevitably being contested by the German government, which is logically forbidding the holding of trade fairs.

The German Ministry of Health has in fact amended an order stipulating that mayor trade fairs, i.e. those with more than 750 participants per day, are to be cancelled until the end of January.

The reason for this decision is the incredible spread of the Omicron variant, which German experts predict will peak during the first month of the new year.

“We cancel the trade fair with a heavy heart ” said Boot Director Wolfram N. Diener, “We bow to health protection and see it as a civic duty”.

“I welcome the fact that the government has implemented the Coronavirus Protection Ordinance in some respects,” said Mayor Stephan Keller, while admitting that it is certainly regrettable that the Boot is now also subject to the ban. “However, I already agreed in advance with the management of Messe Düsseldorf not to take an unjustifiable risk and to cancel the Boot if necessary“.

Boot Dusseldorf cancelled, the first boats were already on site

While a large number of exhibitors announced their absence, others, perhaps in accordance with the declarations of the trade fair authority, had already taken their boats and accessories to Dusseldorf. A good number of yachts and superyachts had already arrived and, welcomed by the powerful arms of “Big Willy”, were unloaded and directed to the appropriate pavilions. 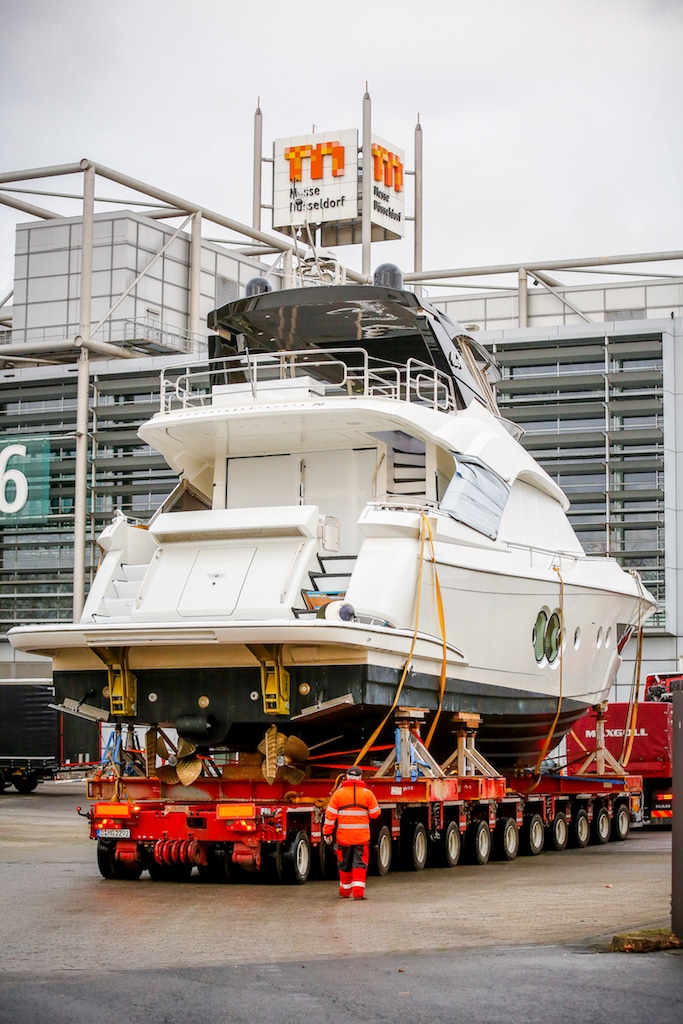 A waste of energy and an economic effort that could certainly have been avoided, if only the Trade Fair Authority had been more far-sighted and had listened to the many “pressures” coming from many sides.

Now the world’s largest indoor boat show, one of the most important in Europe, is closing its doors for the second year running, leaving spectators and exhibitors who had already paid at home.

A suggestion? Consider moving the event to a date that does not coincide with the cyclical peaks of contagion around the world. As everyone knows, this pandemic will not leave us for much longer, and adapting to live with it is the only possible solution.

We are now waiting for official communications from the boat show organizers, with which we will update this article.