Open to further innovation, propellers are the object of an European project involving the Italian company Detra Custom propellers, aimed at improving performance and optimizing construction, assembly and maintenance. 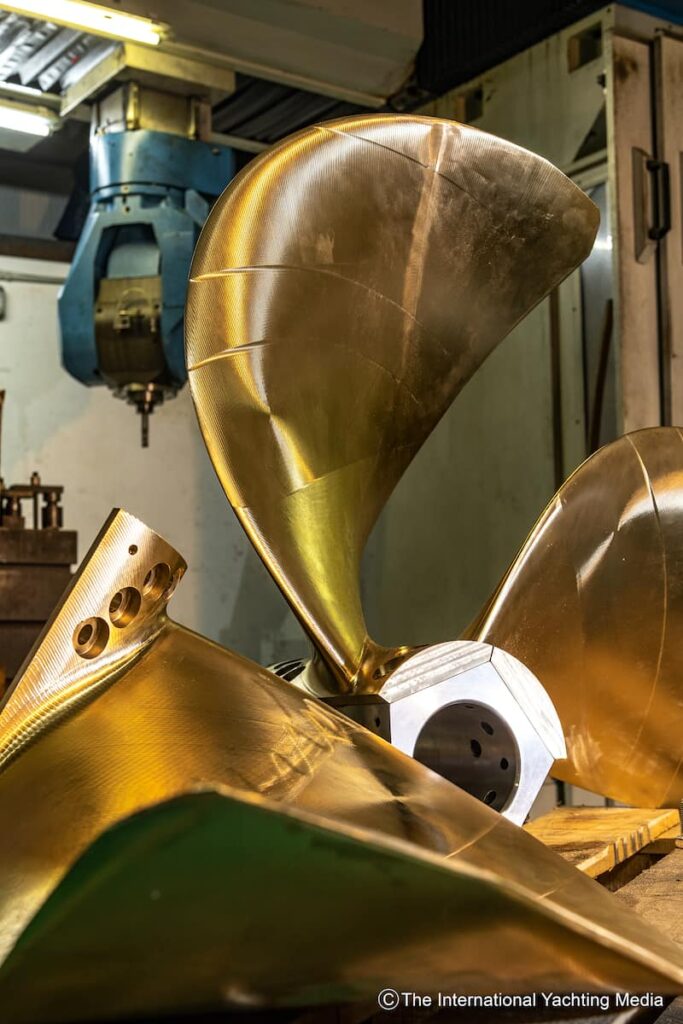 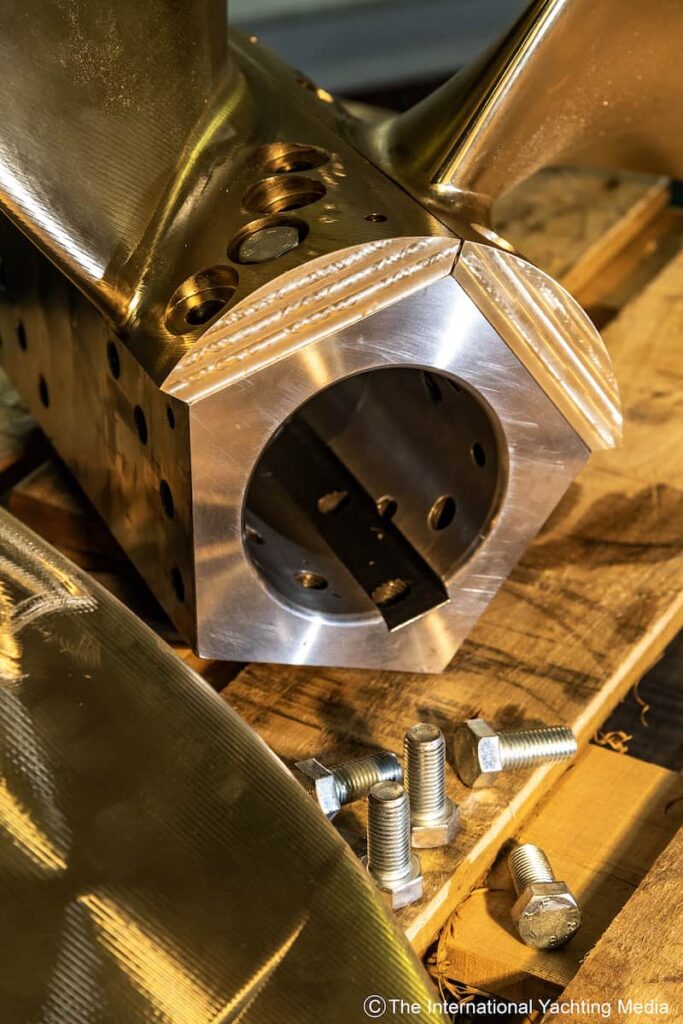 We are in the heart of the shipbuilding area within the port of Genoa, a narrow strip of land between the sea and the alleys of the historic center, where shipyards and nautical companies compete for spaces with discretion. Among the various reliaties, there is an authentic internationally renowned excellence: Detra Custom Propellers, leader in the production of yacht propellers and in the maintenance and repair of propellers of any type for 30 years. A very articulated Italian mechanical workshop which makes use of technologically advanced machines and tools, such as numerically controlled multi-axis milling machines and 3D printers.

But what makes Detra really special is its founder, engineer Piero Travi, the real beating heart of the company: technical expertise, intuition and creativity make possible otherwise impossible processes. A custom design based on boat specs, waterlines and desired performance allows to get the most of every single propeller. 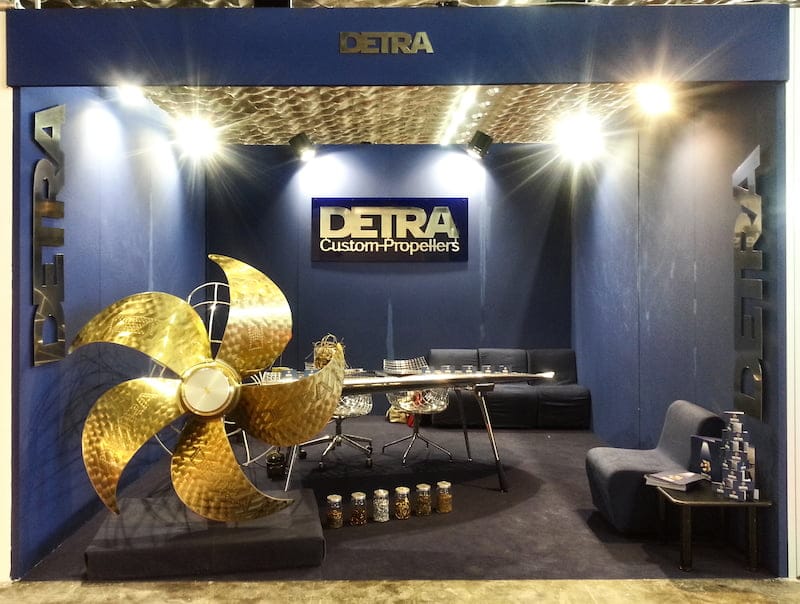 Furthermore, these “mission: impossible” include updates to existing propellers, aimed at changing their parameters, reducing cavitation and, therefore, improving overall performance. A combination of consolidated tradition and strong innovation characterize Detra Custom Propellers and engineer Travi, constantly involved in seeking new improvements and possible steps forward to lead the market. This is the case of a recent important research project called “Study and development of an innovative and high-efficiency modular-bladed propulsion system, with special focus on hybrid and electric propulsion systems in the nautical sector” co-financed with F.E.S.R. (European Regional Development Fund) for which DETRA has studied and created a series of “devices” to improve performance.

With the collaboration of the University of Genoa (DITEN Department – Department of Naval, Electrical, Electronics and Telecommunications Engineering) and the use of numerical fluodynamics (CFD or Computational Fluid Dynamics), Detra has studied a series of flow diverters to be applied to the propeller hub in order to equalize tangential speed and recover part of the dissipated energy. In some cases, this system is called PBCF (Propeller Boss Cap Fins). 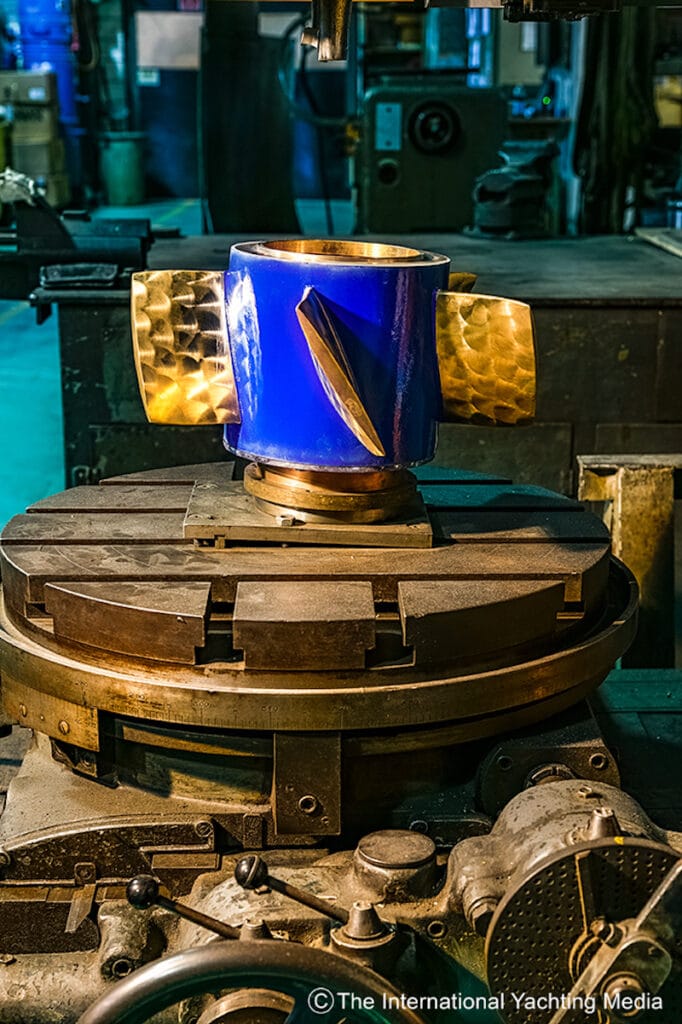 In short, an additional hub (which extends the original one) has square profile blades which are installed abaft the propeller blades which the system is mounted on: the fins intercept waste turbulent flows and straighten them by directing them correctly in the wake.

This sophisticated design and construction technology eliminates the inevitable vortex that is created around the hub when the propeller rotates and is aimed at increasing the overall propulsion efficiency.

The efficiency of this system, abundantly proved by theoretical studies, has been subsequently confirmed by some cavitation tunnel tests carried out in the departments of the University of Genoa with models made using Additive Manufacturing technology and next-gen 3D printers.

Once the performance have been confirmed by the cavitation tunnel tests, a series of artifacts have been created in the final project dimensions suitable to be installed on board the M/Y Benetti S10/14, identified as the ideal boat for sea trials. 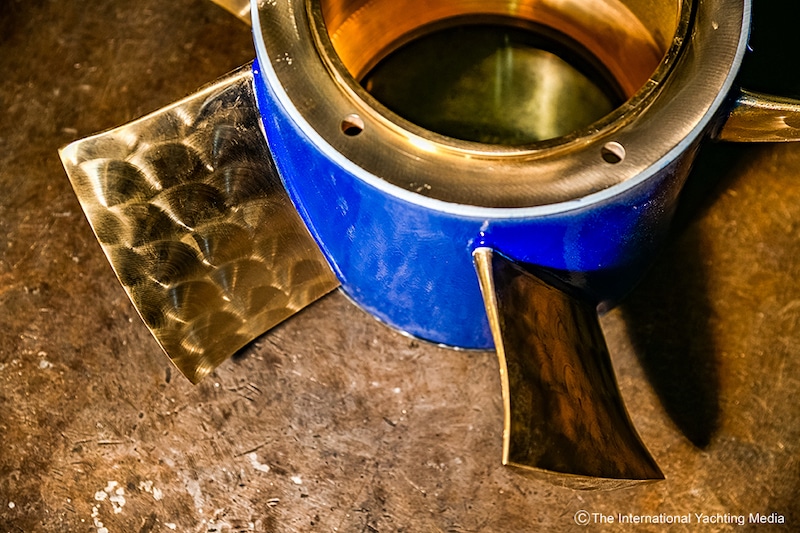 The latter was specially made to be subjected to a structural strength test. Two of the models made, one in bronze and one in fiberglass, have been installed on the Yacht Benetti S10 / 14 in the Fano-based AZIMUT-BENETTI headquarters for two series of sea trials.

Test results have confirmed that the design and construction technology of these systems designed for naval propellers are also applicable to high-speed and high-performance motoryacht propellers. 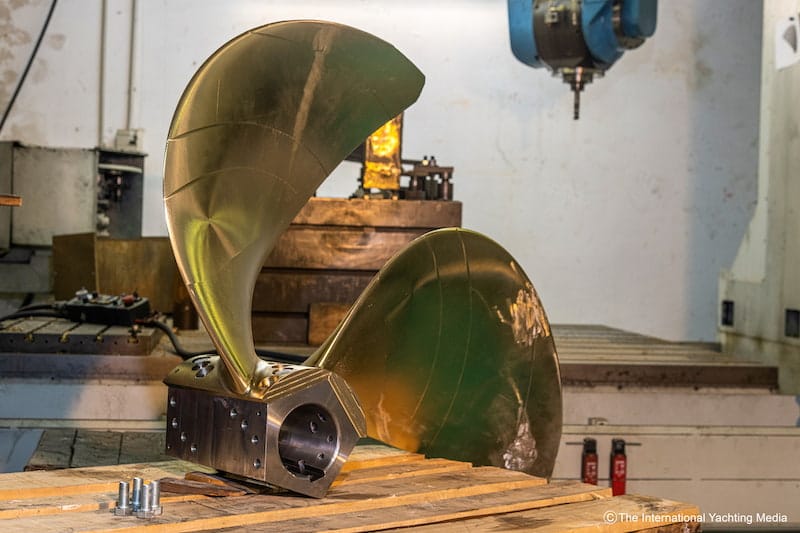 As part of the above-mentioned project ( “Study and development of an innovative and high-efficiency modular-bladed propulsion system, with special focus on hybrid and electric propulsion systems in the nautical sector” ), co-financed with F.E.S.R. (European Regional Development Fund), in collaboration with other partners (Azimut-Benetti, Engintech, Novigo) and the support of the University of Genoa DITEN (Department of Engineering of the University of Genoa), Detra has developed and tested a type of bolted propellers particularly suitable for yachts.

This propeller production technology, in fact, allows the blades and the hub to be processed separately, subsequently joining them by means of a series of bolts, a solution that certainly offers particular advantages from both a construction and operational point of view, since it significantly simplifies maintenance on board. 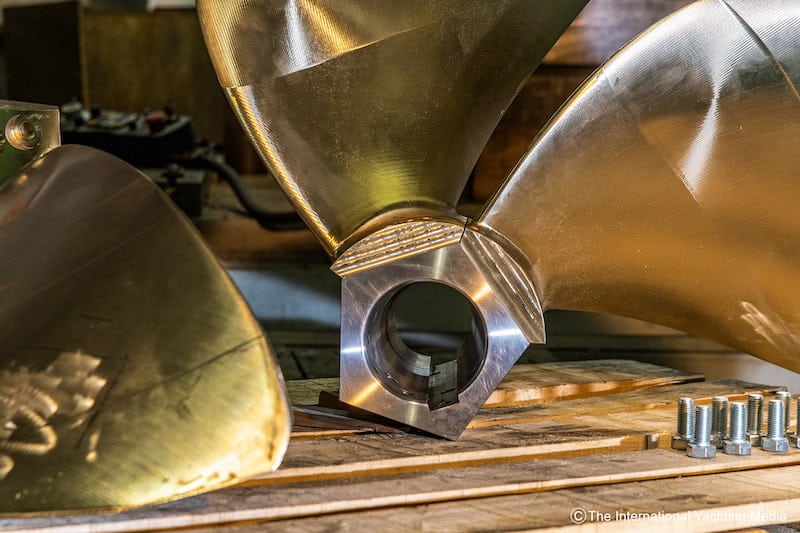 The design difficulties encountered in this project are mainly due to the extremely small dimensions of the hub, made even more serious by the need to find a simple but extremely precise, sturdy and reliable blade foot-hub connection.

A prototype of these bolted propellers, suitable for the Azimut-Benetti Mediterraneo-series yacht, has been studied using the most advanced technologies available, such as Computational Fluid Dynamics (CFD) to analyze the loads acting on the blades in different operating conditions (maximum speed, bollard-pull, etc) and finite element calculations to determine the stresses on the blade-hub connection.

Moreover, the blades have been machined by means of a numerically controlled milling machine for maximum product precision.

Finite element canculations have provided excellent results in terms of dimensional optmization of the blade foot-hub connection, verifying all the stresses both on the blade foot and on the connecting pins and taking into account all the (hydrodynamic, centrifugal and assembly) forces acting on the system. 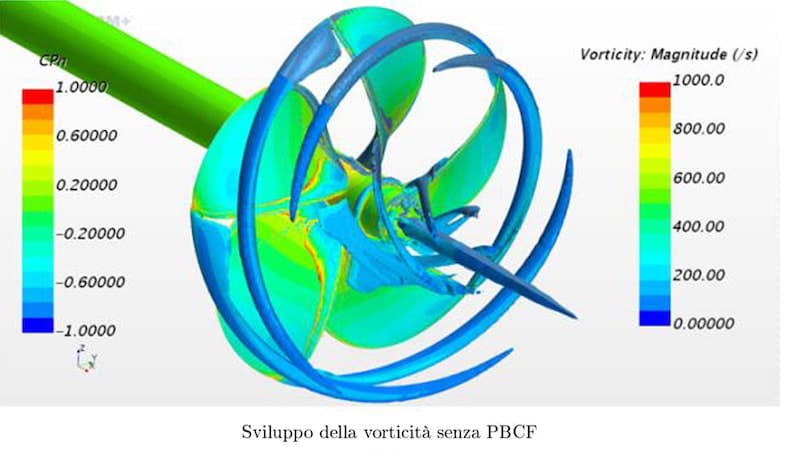 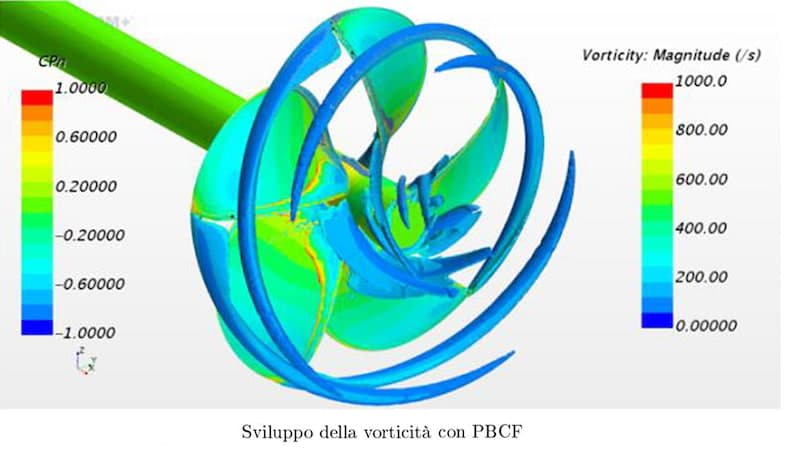 Theoretical studies have been supported by an extensive campaign of hydrodynamic tests carried out in the cavitation tunnel of the University of Genoa.

Theoretical and experimental tests have been subsequently validated by structural tests on a real blade at the laboratory of the University of Genoa and by sea trials on the M/Y Benetti Mediterraneo.

Theoretical, experimental and full-scale tests have therefore confirmed the feasibility and reliability of bolted propellers.

PlasDECK the synthetic teak chosen by TECNOMAR FOR LAMBORGHINI