Two more months and the triumph of nautical history will bring its exploits to the Monaco Yacht Show 2021 to be tinged with the Principality’s blue blood. A “phenomenal fleet of superyachts that will be on display for purchase or weekly chartering” will be on the catwalk at Porto Ercole, attended by the nautical industry’s top builders, including but not limited to ultra-luxury yachts. Superyachts and megayachts on the Côte d’Azur will be on display in sizes ranging from 22 to 95 metres, with an average length of 49 metres.

There will be no less than 37 world premieres at the Monaco Yacht Show and not everything has been revealed yet. 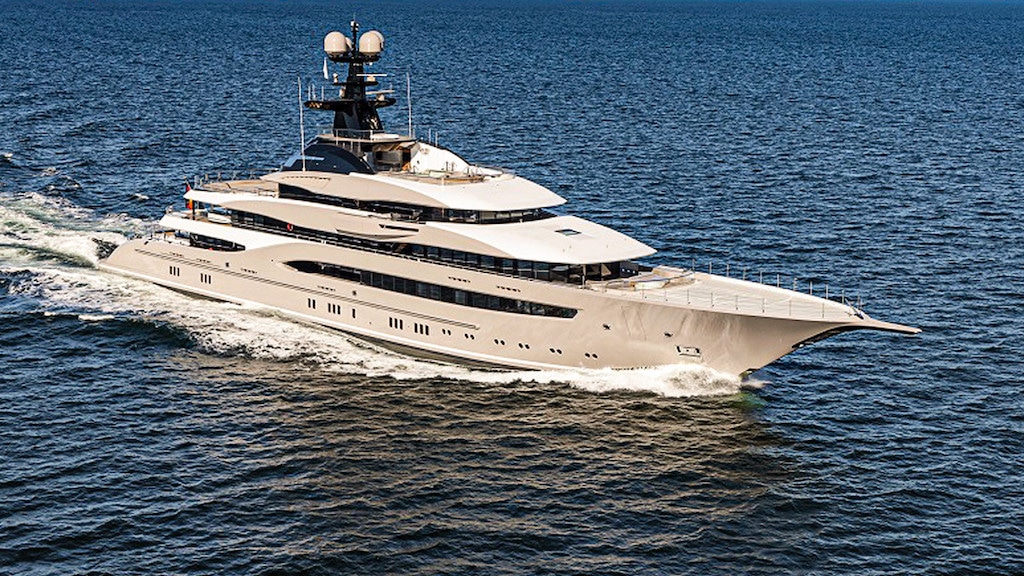 We’re waiting for September 22nd when the doors of the Monaco Yacht Show will open to the public waving a definitive list of more luxury yachts. This is a sign that perhaps not everything is sold-out at this Show, or perhaps they are waiting for some project to be launched while brokers wait for confirmation.

This first half of 2021 sees the launch of at least sixty superyachts, 37 of which will be on display at the Monaco Yacht Show, and among them there are four that exceed seventy metres. Let’s look first at the Viva (pictured below right), a black and white V-shaped sea arrow that sails as smoothly as a giant lost swallow. A Dutch-built megayacht, conceived in the Feadship shipyards, Viva is the longest yacht built this year: this little swallow of the seas is ninety-four metres long and boasts a hybrid propulsion system at the owner’s request. Megayachts even from Turkey

Around 80 meters long, the beautiful Tatiana is from Bilgin Yachts, a Turkish boatyard that is pushing to find a place on the international ultra-luxury yacht scene and that, for the occasion, is surprising the public with this beautiful three-deck Tatiana. Three units in this series have already been built or are still under construction.

The Polaris (pictured below right) will be flying the Tricolour. This is obviously an explorer, which will cut through the horizons of the polar regions for a good 70.2 metres; the signature is that of Rossinavi. Lürseen never fails to live up to its defensive stance with flashy bowsprits, and will be exhibiting its Kismet: a timid 95-meter yacht, designed in 2014, currently for sale for just €169 million, negotiated by American broker Moran Yacht & Ship. Kismet will be the largest model visible in Monaco.

No shortage of sailing yachts

If you want to indulge in the unbridled hedonism of luxury to the nth degree, you’ll also find a vast selection of “smaller” yachts between 22 and 95 metres at Porto Ercole, including the ultra seductive double hulls that join the five sailing yachts on display in the brand-new “Sailing Yacht Area”. Where? On the Monegasque quay called (precisely) La Rondine.