Ocean Alexander, a Taiwanese company whose shipyards operate in Taiwan and the United States, delivered no fewer than eight yachts between April and June this year. These figures give an idea of the depth of this major player in the nautical world which, in terms of production, ranks fourth in the world among superyacht shipbuilders.

Ocean Alexander (OA) has an extensive presence on the New Continent with two dealers in Australia, in Brisbane and Perth; another pair of dealers are based in San Diego and Seattle, while the North Atlantic area and the Gulf of Mexico count a total of 13 dealers, entirely owned by Ocean Alexander. The founder of the Asian company in the late 1970s was Taipei-born Alex Chueh. In 2009, the Taiwanese company

began a partnership with Christensen Shipyards for the production of the DREAM WEAVER. As for the target market, Ocean Alexander mainly produces yachts for a 70 per cent American clientele.

The first of the eight yachts sold from this brand-new,  blooming bouquet is the 28 Meter Revolution: “The owner was impressed by the fantastic layout, design and build quality”, explains the Miami-based dealer, who adds: “ I think there were a lot of factors that influenced the choice, such as the turning ability and a breath-taking view of the master deck (…)”.

The Ocean Alexander 36L constituted yet another brilliant sale, a true tri-deck with five beautiful rooms commissioned by an owner with a passion for the Bahamas.

Mike Doyle, dealer at MarineMax in Pompano, Florida, delivered yet another 28 Meter Revolution: “The design of the Ocean Alexander, the personalised on-site service available and the support of Marine Max in the Fort Lauderdale area were among the reasons that induced the owner to choose Ocean Alexander”, said Doyle. 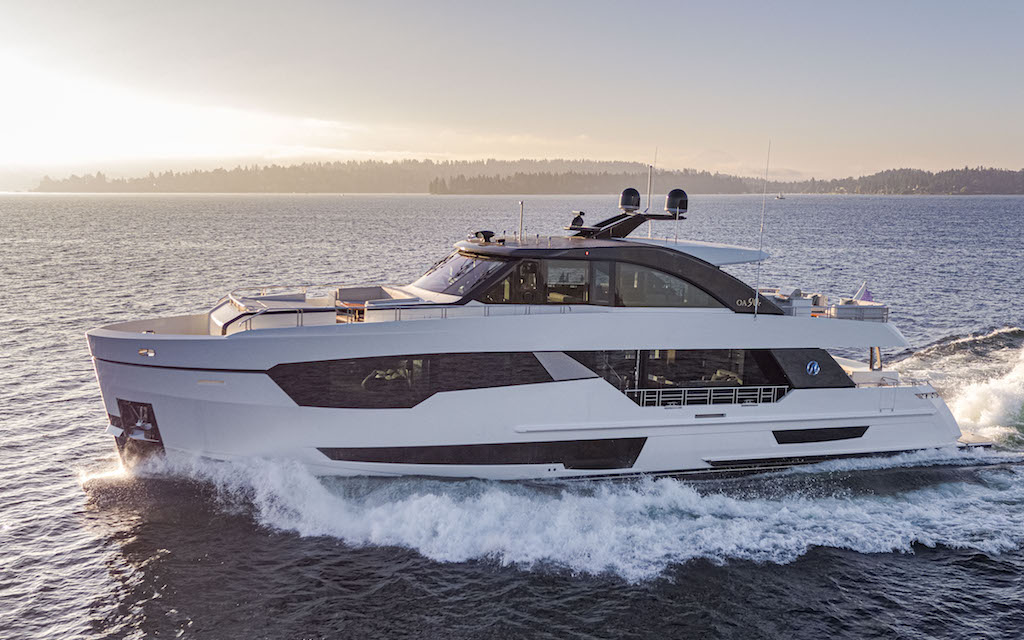 Another successful sale was the 32 Meter Legend, handled by Michael Tyrrel who explained how the owner, a nuclear engineer, appreciated the “excellent design” and integrity of the Ocean Alexander brand. Tyrrel also spoke about the appreciation from the owner’s wife’s of the 32 Meter Legend, and about how she enjoyed the yacht’s “elegance, quality and wide-ranging design”.

The fourth sale made by dealer Alexander Marine Australia included a 26 Meter Revolution: “The owner was really surprised by the combination of space and luxury which characterize this 26-metre yacht”. Another equal model was sold by dealer MarineMax in Wrightsville Beach, North Carolina, in a rather unusual deal as the buyer joined his brother, who already owned an Ocean 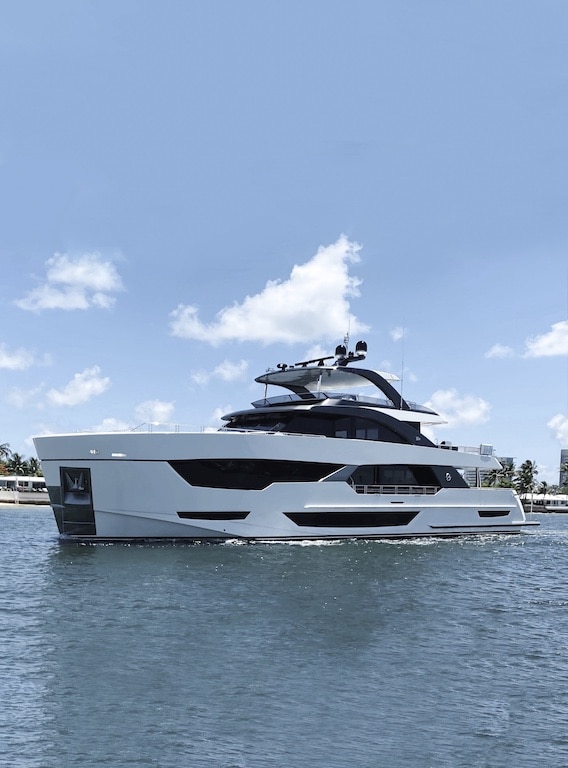 Alexander yacht, at the East Coast OA Rendezvous at the Atlantis Paradise Resort in April. The costumers then viewed a generous variety of the group’s yachts together and met other owners; a mix of emotions that led them to quickly conclude the purchase. The longest model in the Revolution range was delivered by Roberton who commented on the sale of the first hull: “It was an honour to have had the opportunity to work with the Zeigler family to build the first hull of the new 35R Ocean Alexander. This was a very detailed bespoke project and the Ocean Alexander team worked on it with great enthusiasm. It resulted in a wonderful experience for the buyer who was kept informed weekly about the progress of the work (…)”. The second hull of the 35R will be on public display at the Fort Lauderdale International Boat Show in October.

Bering B77 explorer Veronika has been launched